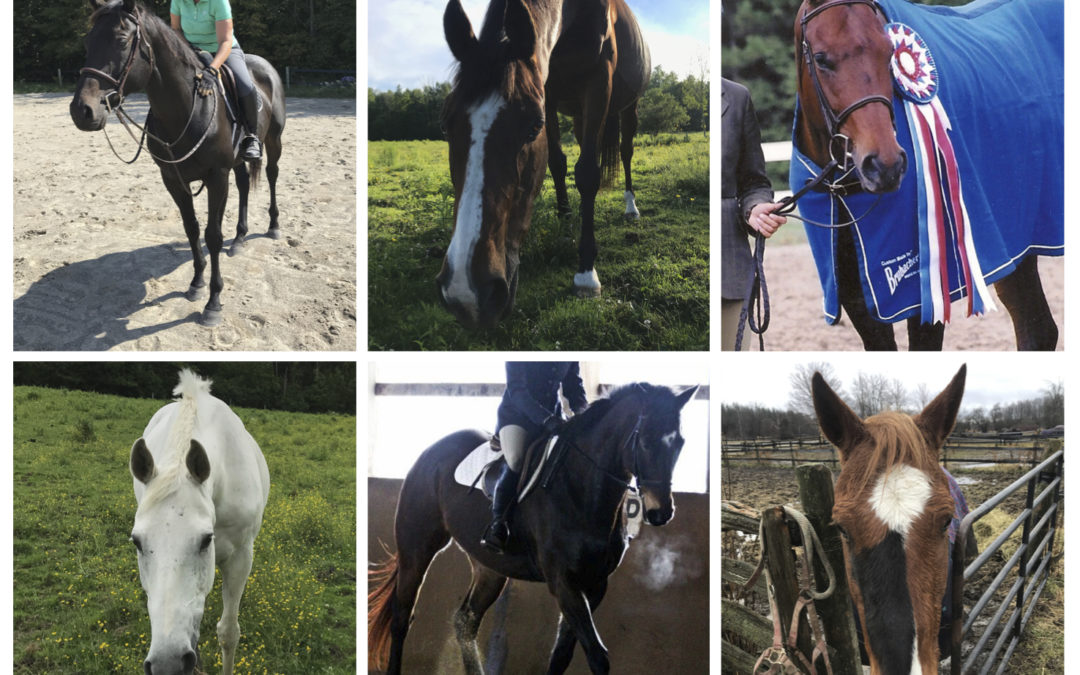 Thank you so much for your support

Donnie has been generously sponsored by the Williams Family! Lynn Williams has been a feature at the farm for many years beginning when her daughter Jen (now living in NFLD) started riding at OOF. Lynn will ride whoever needs work and has recently started focusing on groundwork techniques to help better the horses under saddle and in the barn. Lynn started riding and doing ground work with Donnie last summer. Lynn volunteers at the farm on an almost daily basis and works in our show office during our schooling show series. Doug Williams can often be seen around the farm (usually on the tractor) tidying the manure pile, grading the driveway and burning brush and scrap wood. Thank you Williams!

Feisty has been sponsored by Gail Inett! Gail and Feisty are what you would call a long term relationship – about 20 years! Despite having officially retired many years ago Gail has been coming to visit him, buying him blankets and sponsoring his retirement for years. Feisty currently holds the title of OOFs oldest equine resident at 34!

Monet has been generously sponsored by Heather Morris! Heather started coming to OOF when her daughter Avery began riding at OOF in 1990s. Their first horse was an adorable bay thoroughbred named Frankie. Avery is all grown up now and living out west, but Heather is a permanent fixture! Heather coordinates all of our show series sponsors, runs the 50/50 raffles and does seating for us at our awards banquets. She and Monet have been in partnership since Monet came back from her last show lease. Thank you Heather!

Glassgo has been generously sponsored by Roger Stopford! Roger started riding Glassgo last fall after graduating from his first show mounts Harry & Audrey. The two had been improving in leaps and bounds and were prepping for the .07M jumpers at Angelstone this summer. Fingers crossed we will see them in the show ring soon!

Hawk has been generously sponsored by the Saunders family. Pam started coming to the farm with her daughter Amanda who part boarded and showed Hawk at OOF for more than 5 years. Pam was always very involved with Hawk, often coming out early to brush and lunge him and give him an extra meal. After Amanda went away to school, Pam started lessoning Hawk herself and has been part boarding him ever since.

El Dorado has been sponsored by the Chapman/Moulton Family! Owners of Conundrum, their daughter Emma has been showing with us in the 0.9M jumpers and works for OOF on the weekends and at camp. Liz Chapman instantly fell in love with El Dorado when he arrived a few months ago and teases about bringing him to live at her house nearby. Stuart helps around the farm fixing everything from stall doors to water pipes and electrical outlets. Thank you Chapman/Moultons!