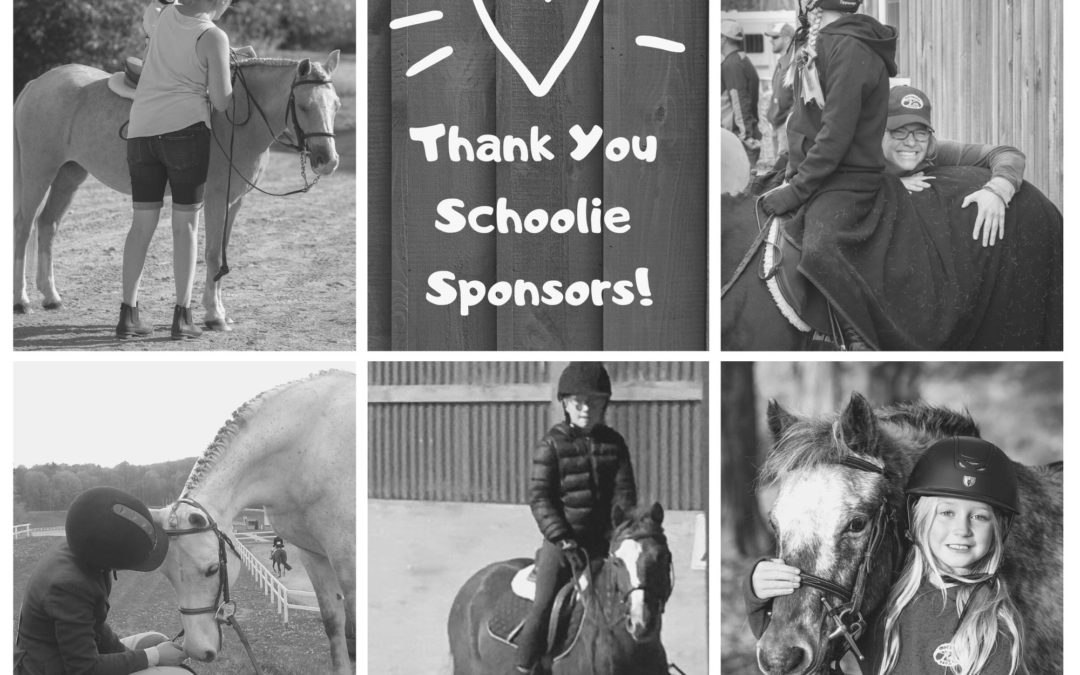 Sterling has been generously sponsored by the Charbonneau family. Pictured are Joelle Charbonneau and Sterling at what is now Iron Horse, but was likely called Bronte Creek (maybe even Hendervale?) at the time. Joelle and Sterling were partners for many years starting shortly after Sterling arrived at OOF. They stayed partners through pony club, schooling shows, Trillium, the A circuit and many many miles of hacking. Thank you Charbonneau’s!

Cassidy, one of our longest standing school ponies (in partnership with the Robinson family), has been sponsored by the Williams/Clarke Family! Jen Williams grew up riding at OOF (at the same time as Cassidys owner & first rider way back in the mid 90s) and soon after, her mom Lynn began riding too. The third generation has started now and Cassidy has become a favourite friend of Jen’s oldest daughter Ainsley! Thank you Williams/Clarkes!

Lacey has been generously Sponsored by the Smith Family! Pictured are Renee and Emme with their favourite little black pony relaxing after a class at last May’s OOF schooling show. Emme and Lacey were lesson and show partners for two years starting in the beginner under 10 division and ending in the 2’0 pony division. Lacey recently had some major health issues and gave us a quite a scare, but with the help of her awesome vet team at Mckee-Pownall she is doing very well and is back to her spunky self.

Keith has been generously sponsored by the Johnstone Family! Keith is a relatively new addition to the OOF school pony herd, arriving with his half-brother Kevin (purchased By Jackie this winter – Congrats!) but is fast becoming a favourite for his adorable face and gentle nature. Pictured are Astrid and Keith schooling in the indoor arena this winter.

Sparkle has been sponsored by the Service family. Pictured is Aphra Service with Sparkle last fall. Aphra started riding Sparkle on “Pony Ride Wednesdays” when Aphra was just 3 years old, they are developing into an excellent team! Sparkle now comes right to the gate as soon as she see’s Aphra and Brianne. Thank you Services!

More thanks to come!